Hey there blogland!  Holy cow it’s been awhile since I’ve wrote a blog post…about 7 months or so!  I guess I just got kind of burned out & wanted to try to step away from being on the computer so much.  I’ve also been trying to get some sort of focus on eating right, exercising (still having a hard time with this one) & maybe putting myself back out there after a 3yr. break to try to find myself a mister. 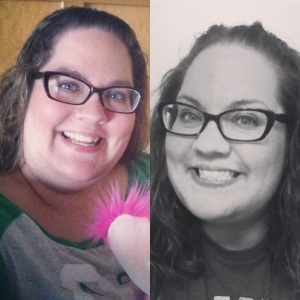 I have been pretty good about the eating right.  For the majority of the year I was doing Jenny Craig, but I just kind of his a plateau and would lose and gain the same few pounds.  So, I finally just nixed that a month or more ago…it was just kind of expensive and honestly, I was burnt out on the food because I’m a creature of habit and was eating the same select meals every week and it just got old.  So I’ve kind of switched things up on my own and been trying to eat more of a high protein/low carb diet and I’ve actually started losing again.  I was looking through pictures the other day from back in February of this year when my parents visited and I’ve actually lost about 25lbs since then.  I didn’t really notice a difference until seeing pics side by side.  Plus, I also ordered myself a few outfits and purposely ordered a size smaller than normal kind of as a goal to get into, but to my surprise the smaller size fit already.

I really need to get into the habit of exercising again.  I was doing really well for about a month and doing the treadmill everyday and getting in at least a couple miles.  Sometimes, I’d even jump on for a second go of it later on in the day if I was really bored.  The only reason that sidetracked me though was a pair of dress shoes that I wore for a weekend that tore the hell out of my feet, making it impossible to wear socks and tennis shoes because it was so painful and bandaids and tape didn’t stick to the backs of my heals to try to get any relief, so that left me to get out of my habit.  Now I just need dig down deep and find the motivation and desire to jump back in the game.  It is hard though…I’m the first to admit, I hate to exercise….at least at first.  I’ll get there eventually though.  At least I managed to get through Thanksgiving without too much of  a gain!

Lets, see….what else have I been up to??  Oh yes, I have been working on a three piece painting for a friend of mine that they commissioned me to design and paint.  It’s Star Wars themed, so of course this brought me great joy as I’m a Star Wars geek. I tell you…I have never in my life had such a fun time painting.  I was so excited with each phase, from coming up with rough sketches of possible layouts of the symbols to just getting the first coat of paint on the canvas!  I even did miniature magnets of the designs first to make sure they looked just right.  Hopefully, I’ll be getting some more magnets done and in my Etsy shop if you’re interested for a little Star Wars art for your refrigerator!  Promise they look pretty bad ass!  Each canvas for the large wall hanging I was working on was 12×36, so its 3ft x 3ft if you put them all together.  I’ve had a couple of the painting done for about a month or more now, but I was having trouble getting the 3rd piece drawn to scale.  It’s so much easier to draw tiny than on big scale for me.  But the other night, the creative bug hit about midnight and when it hits I have to jump on it, so I did some sketching…wasn’t happy…took a pen and when over the pencil sketch to try to make some corrections and finally got it to look just so and then I took my exacto knife and cut myself out the stencil, so I wouldn’t mess up the main canvas, as those suckers aren’t cheap.  Then a few hours later I was all done.  A little sad that they are done & might even be sad to see them go to a new home, but I’ll also be happy knowing my art work is hanging in someone else’s house and that they love it.

I would be totally happy to duplicate these paintings again if anyone out there is interested.  Just shoot me an e-mail at thelittleblackraincloud@yahoo.com or visit my etsy shop and put in a request for a custom piece and we’ll get you going!